Carrie Hessler-Radelet is the President of Global Communities. She previously served as President & CEO of Project Concern International (PCI), a global development organization that drives innovation from the ground up to enhance health, end hunger, overcome hardship and advance women & girls-resulting in a meaningful and measurable change in people's lives. Carrie led a bold effort to bring together PCI and Global Communities to expand the scale and impact of proven programs. The merger became effective on September 1, 2021.

‍
Prior to PCI, Carrie served as Director of the Peace Corps (2012-2017) and Deputy Director (2012-2015), leading America's iconic international volunteer service organization with programs in over 65 countries. At Peace Corps she led historic reforms to modernize and strengthen the agency to meet the challenges and opportunities of the 21st century.

‍
Before being appointed to the Peace Corps by President Obama, Carrie worked as the Vice President and Director of the Washington D.C. office of John Snow, Inc. (JSI), overseeing the management of public health programs in 85 countries around the world. Her decades of global health work also included serving as the lead consultant on the first Five-Year Global HIV/ AIDS Strategy for President George W. Bush's Emergency Plan for AIDS Relief (PEPFAR), working with USAID in Indonesia on maternal and child health and HIV programming, founding the Special Olympics in The Gambia, and serving as a Peace Corps Volunteer with her husband in Western Samoa.

‍
Carrie is passionate about empowering communities to discover their own sustainable, innovative solutions to poverty. She holds a Master of Science in Health Policy and Management from Harvard University and a Bachelor of Arts in Political Science and Economics from Boston University. 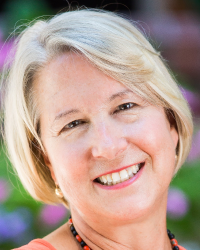