Gina is the Vice President of Advocacy, Alliances & Policy for Oxfam America where she oversees research, policy, advocacy, campaigning, and building Oxfam's network of US allies, partners, and supporters to influence the US government and US corporations.

Gina joined Oxfam America in 2006 as an Organizing and Alliances Manager where she developed the Sisters on the Planet ambassadors program, as well as alliances with chefs and other key allies. She then served as Director of campaigns setting the strategic direction for Oxfam’s advocacy campaigns and developing the team structures to support them.

Prior to joining Oxfam, Gina was Chief Operating Officer of Physicians for Human Rights, a nongovernmental organization that uses medicine and science to document and advocate against mass atrocities and severe human rights violations around the world. She managed day-to-day operations and supervised senior teams that oversaw policy, media, and fundraising work; forensic investigations; research; campaigns; and human resources.

Gina’s work included looking at the impact of torture in Guantanamo prison; juvenile justice in the US; asylum and human rights in Afghanistan, Bosnia and Herzegovina, Chechnya, Sierra Leone and Rwanda; and forensic investigations to determine crimes against humanity and genocide in Guatemala, Honduras, Rwanda, Iraq, and Afghanistan. She also served as the organization’s Director of Campaigns, organizing medical and nursing school programs, and establishing partnerships and projects with Partners In Health, the American Public Health Association, and other health-related organizations. 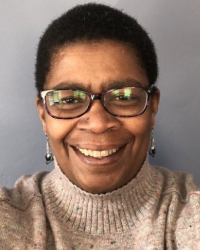