Gina Lagomarsino is president and CEO of Results for Development (R4D). She co-founded the organization in 2008 and became CEO in 2016.

Since then, Gina has led the development of a new organizational mission and strategy that puts change agents — public, private and civil society leaders — squarely at the center of R4D’s work and aims to improve upon traditional global development approaches.  She has doubled R4D’s annual revenues — from $20M in 2015 to $43M in 2021. She has also significantly expanded the organization’s global presence, with activities in 26 countries, offices in eight countries, and a network of partners and experts around the world.

Throughout her career, Ms. Lagomarsino has focused on expanding health coverage to low-income populations. As one of the original co-founders and managing directors at R4D, she helped galvanize energy and political will around a global push for universal health coverage by coordinating an early global task force convened by the Rockefeller Foundation and co-authoring a frequently cited 2012 Lancet article on universal health coverage. She has also led new thinking on how to build strong mixed (public-private) health systems and co-authored the influential 2009 report Public Stewardship of Private Providers in Mixed Health Systems.

Ms. Lagomarsino went on to play a key role designing and launching several global initiatives that support change agents to build strong health systems around the world, including the Joint Learning Network for Universal Health Coverage (JLN), a network of policymakers in low- and middle-income countries working together to develop practical solutions to the challenges of achieving universal health coverage, and the Primary Health Care Performance Initiative (PHCPI), a partnership that works closely with governments and development partners looking to strengthen primary health care. She currently serves as a member of the PHCPI Steering Group and is also a member of the Steering Group of the Modernizing Foreign Assistance Network (MFAN).

From 2013 to 2016, she served as chief operating officer at R4D, building the financial, human resources, and operational systems necessary for a growing organization.

Prior to her work in global development, Ms. Lagomarsino spent a decade working to improve health systems in the United States. She served as senior health policy advisor to Washington, D.C. Mayor Anthony Williams, where she designed and implemented a free public health coverage program serving low-income D.C. residents in partnership with the city’s private hospitals and clinics. Before that, she was an engagement manager in the health care practice of McKinsey & Company, where she advised senior executives of health insurance and hospital organizations on strategy and operations. She spent her early career at Kaiser Permanente, a large integrated health system based in California, where she worked closely with doctors and other clinical staff to implement a new model of primary health care.

Ms. Lagomarsino is frequently invited to speak on topics such as health system reform, public-private engagement, and the future of global development, including at events sponsored by Brookings, Center for Global Development, CSIS, Financial Times, Georgetown, Health Systems Global, The Asia Society, Wilson Center, Women Deliver, the UN, and Yale.

Ms. Lagomarsino holds a master’s degree in business administration from Harvard University and a bachelor’s degree in public policy from Stanford University. She lives in Washington, D.C. with her husband and two teenagers. 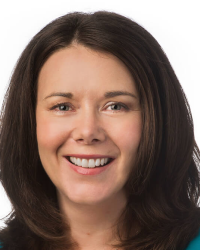