James Kunder is the principal at Kunder/Reali Associates, an Alexandria, Virginia based consulting firm that specializes in international development, post conflict reconstruction, and civil military relations. Concurrently, he teaches at the State Department Foreign Service Institute, the USAID Learning Center, and the Marine Corps University.

Kunder has extensive government and private sector experience managing international development, relief and reconstruction programs. From 2006 to 2009, he served as Acting Deputy Administrator of the U.S. Agency for International Development (USAID), the U.S. government organization responsible for administering the U.S. foreign assistance program in ninety nations. Previously at USAID, he served as Assistant Administrator for Asia and the Near East, Director for Relief and Reconstruction in Afghanistan, Deputy Assistant Administrator for External Affairs, and Director of the Agency's Office of U.S. Foreign Disaster Assistance.

In the private sector, Kunder was Vice President for Program Development at Save the Children Federation, an international non-profit organization dedicated to improving the lives of children in the United States and around the world. Previously, he served as Director of Marketing for Widmer Engineering, a Pennsylvania-based civil engineering firm. He has also served as a legislative director in the U.S. House of Representatives, and as Senior Transportation Analyst for the Commonwealth of Pennsylvania. In 1984, Kunder was a candidate for Congress in Pennsylvania’s Fourth Congressional District. 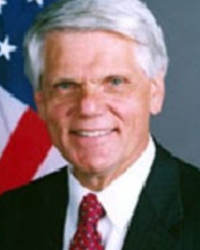