Larry Nowels is a co-chair of the Modernizing Foreign Assistance Network.

He has worked as a consultant with a number of foundations and global development advocacy organizations, including the William and Flora Hewlett Foundation, the U.S. Global Leadership Coalition, the ONE Campaign, and Advocates for Development Assistance on foreign aid reform, aid effectiveness and international affairs budget issues.

Previously, he was a specialist in foreign affairs at the Congressional Research Service. During his 33-year career at CRS, he wrote extensively on U.S. foreign assistance policymaking, including the congressional role in legislating, and overseeing American foreign aid programs.

Nowels attended the University of Redlands, University of Salamanca, AmericanUniversity School of International Service, and the National War College. 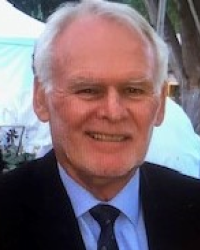