Lester Munson is a Principal in the International Practice at BGR Group, a leading government relations firm in Washington, D.C., where he consults with foreign governments, corporations and advocacy groups. His work has focused on sovereign clients in the Middle East, Europe and Latin America.

Lester joined BGR Group in November 2015 after a 26-year career on Capitol Hill and in the Executive Branch. He was most recently Staff Director of the Senate Foreign Relations Committee, where he led policy, oversight, legislative and communications efforts for a staff of 25 and negotiated committee priorities with the White House, the State Department and Congressional leadership.

Previously, Lester was Chief of Staff for Senator Mark Kirk of Illinois. During his tenure, Senator Kirk became the leading Republican voice in the Senate on Iran and other national security issues.

During the Bush Administration, Lester served as Deputy Assistant Administrator at the U.S. Agency for International Development, where he focused on legislative affairs as well as global health issues. He led legislative efforts to develop and implement the President’s Emergency Plan for AIDS Relief (PEPFAR) and won an award for his contribution to the creation of the President’s Malaria Initiative.

He also serves as adjunct faculty at Johns Hopkins University and speaks regularly on the foreign policy role of Congress and on U.S. foreign assistance issues. He is a co-chair of the Executive Committee of the Modernizing Foreign Assistance Network, a Senior Associate at the Center for Strategic and International Studies (CSIS), a Senior Fellow at George Mason’s National Security Institute and a commentator on Bloomberg News and other media outlets.

In addition, Lester is the host of the weekly podcast “Fault Lines,” a bipartisan discussion of foreign policy issues associated with the National Security Institute.

Lester is a graduate of the College of the University of Chicago and holds a Master’s degree from St. John’s College in Annapolis. 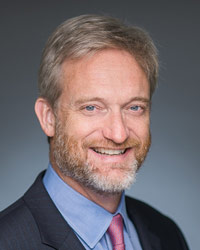