Since her appointment as CEO in 2019, Susan has overseen the revitalization of IYF’s mission, vision, and values. As the organization celebrates its 30th anniversary, it does so with a renewed commitment to standing by, for, and with young people. Susan guided the development and implementation of IYF’s new strategic plan—Transformation 2025—which emphasizes youth-led, integrated approaches and is framed around three objectives: Youth Agency, Economic Opportunity, and Systems Change. Additionally, she has advanced diversity, equity and inclusion (DEI) at IYF and led the design of IYF’s pivotal Gender Equity and Social Inclusion (GESI) policy to drive progress internally and externally around these important issues. IYF’s continued growth has been fueled by Susan’s dedication to strong practices of measurement, evaluation, research, and learning (MERL) and commitment to organizational transparency and data-driven accountability.

Before joining IYF, Susan spent 25 years in leadership positions at USAID missions overseas and in Washington, D.C. During her last three years at USAID, she served as the Counselor to the Agency, USAID’s most Senior Foreign Service Officer, and advised the Administrator and senior leadership on key global development policies and management issues. She also oversaw the Agency Coordinators for Youth, Countering Violent Extremism, and Local Solutions; spearheaded development of the agency’s first Youth in Development Policy; led the Democracy, Conflict and Humanitarian Assistance bureau during USAID's response to the 2010 Haiti earthquake; and partnered with the Government of Colombia (2005-09) to design a new strategy to consolidate Colombia’s conflict zones.

Susan serves as an executive member of the Modernizing Foreign Assistance Network (MFAN), and sits on the Boards of the Society for International Development – Washington Chapter (SID-W) and the Eurasia Foundation, as well as the Steering Committee of Solutions for Youth Employment (S4YE). She is the former co-chair of the Alliance for International Youth Development (AIYD). Susan was a member of the US Institute of Peace (USIP) Senior Advisory Group for the Task Force on Extremism in Fragile States and a Senior Advisor to the USIP Afghanistan Study Group.

Susan holds master’s degrees from the University of Pennsylvania in International Development and Government Administration and a master’s degree in National Security Strategy from the National Defense University's War College where she was a distinguished graduate. She is a former adjunct professor at Carnegie Mellon University's Heinz College and enjoys teaching and coaching lacrosse in her spare time. Susan and her husband have two adult children. While she has lived around the world, her hometown is Philadelphia, and Susan remains a staunch Eagles and Phillies fan. She is an avid social media user where she enjoys connecting with others — join her now on Twitter and LinkedIn. 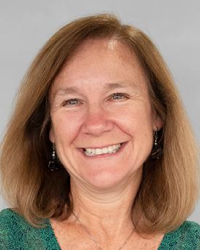