Suzanne Granville is ONE’s North America Executive Director. Suzanne has an extensive background in government relations and grassroots campaigns and has previously held roles at the AFL-CIO, the National Association of Letter Carriers and Americans United for Change.

Suzanne has been with ONE since 2012 and previously served as ONE’s Senior Director of US Membership Mobilization where she oversaw all aspects of grassroots campaigning in the United States that has pushed for the successful passage of legislation such as Electrify Africa and the Build Act and historic funding for the Global Fund to Fight AIDS, TB, and Malaria.Suzanne led ONE’s annual Power Summit – a three-day advocacy training and lobby day for top ONE supporters across the country. In this role, she was also responsible for developing comprehensive campaign strategies to recruit, train, mobilize and empower volunteer leaders to advance ONE’s policy agenda which has led to better policies and more funding to fight extreme poverty and preventable disease. 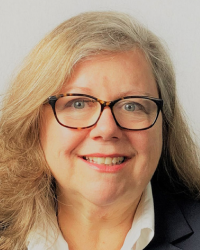