Tod Preston serves as MFAN’s new Policy Director, where he leads the coalition’s work to educate policymakers and other stakeholders about policies to enhance the effectiveness and accountability of U.S. foreign assistance. He is a veteran of Washington, DC policy and political circles with extensive government relations and advocacy experience spanning Capitol Hill, the Executive Branch, and the NGO community.

Tod joins MFAN from the former Glover Park Group and Finsbury Glover Hering (now FGS Global), where he worked from 2015 to 2022 as Managing Director and Senior Vice President. In its international affairs practice, he guided a diverse range of clients in helping to achieve their legislative and policy objectives.

From 2009 to 2015, Tod served as Director of Government Relations for the U.S. Global Leadership Coalition (USGLC), a leading national “strange bedfellows” network of U.S. corporations, NGOs, veterans, military, and faith-based leaders united in working to increase political support for U.S. foreign assistance and global engagement. Earlier in his career, he worked on Capitol Hill for nearly a decade, serving both as professional committee staff and as a legislative aide on personal staff, including for former Congresswoman Nita Lowey (D-NY), the former Chairwoman of the House Appropriations Committee and its Subcommittee on State-Foreign Operations. 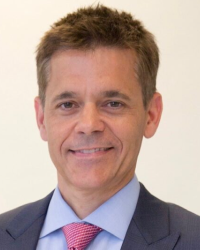